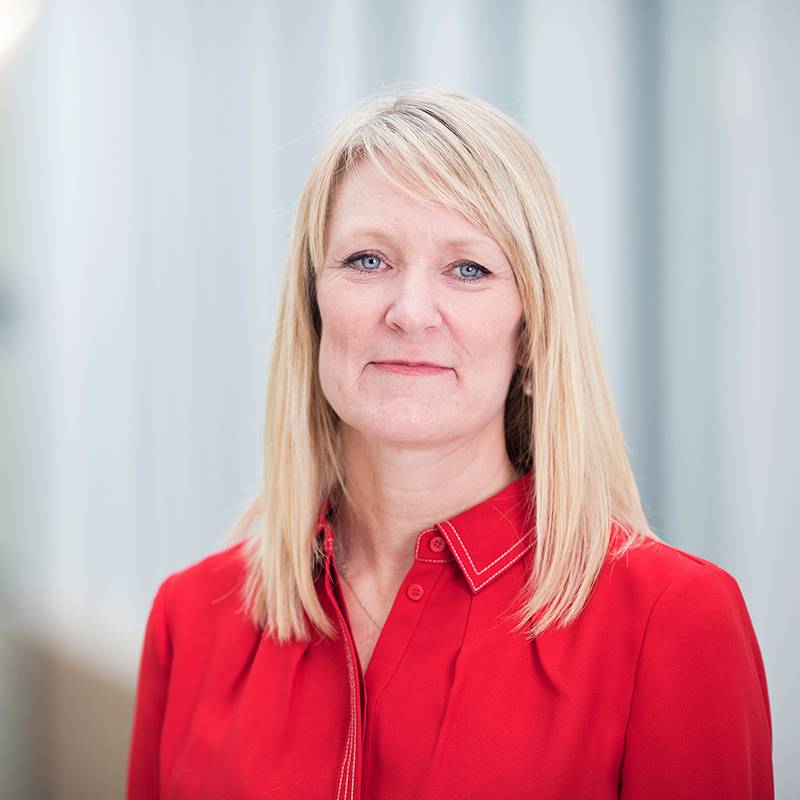 Tracy Robson obtained her PhD in Cancer Biology from Imperial College, London. Her first academic post was as Lecturer in Radiation Science at Ulster University in 1997; she was promoted to Reader in 2001. She then moved to the School of Pharmacy, Queen’s University of Belfast in 2004 to take up the post of Reader in Molecular Pharmacology; she was promoted to Professor in 2010.

In 2016, she took up position as Professor and Head of Department of Molecular and Cellular Therapeutics at RCSI and then became Head of School of Pharmacy and Biomolecular Sciences in July 2019. Her major research focus has been the development of novel approaches for sensitizing tumours to therapy using personalised medicine approaches.

She led a major programme of research aimed at the identification and functional characterisation of genes that alter tumour response to anti-cancer agents. In particular, she cloned and characterized a novel human gene, FKBPL. Her group has demonstrated an extracellular role for FKBPL as a naturally secreted, anti-angiogenic protein.

Together with Almac, she led the development of therapeutic peptide derivatives (AD-01 and ALM201) based on FKBPL’s active anti-angiogenic domain. Based on the robust efficacy and excellent safety profile, ALM201, a ‘first-in-class’ FKBPL-based anti-angiogenic therapeutic peptide has completed formulation and toxicology testing and successfully completed a phase I cancer clinical trial (EudraCT number: 2014-001175-31). ALM201 was granted Orphan Drug Designation by the U.S. Food and Drug Administration (FDA) for the treatment of ovarian cancer.

More recently, through the development of genetically modified mouse models, she has also demonstrated a role for FKBPL in protection against a range of other diseases associated with vascular regulation and inflammation. She is actively researching in these areas, so that the clear translational potential of FKBPL-based therapeutics can be fully harnessed and FKBPL’s diagnostic potential in these disease settings can be scrutinized.