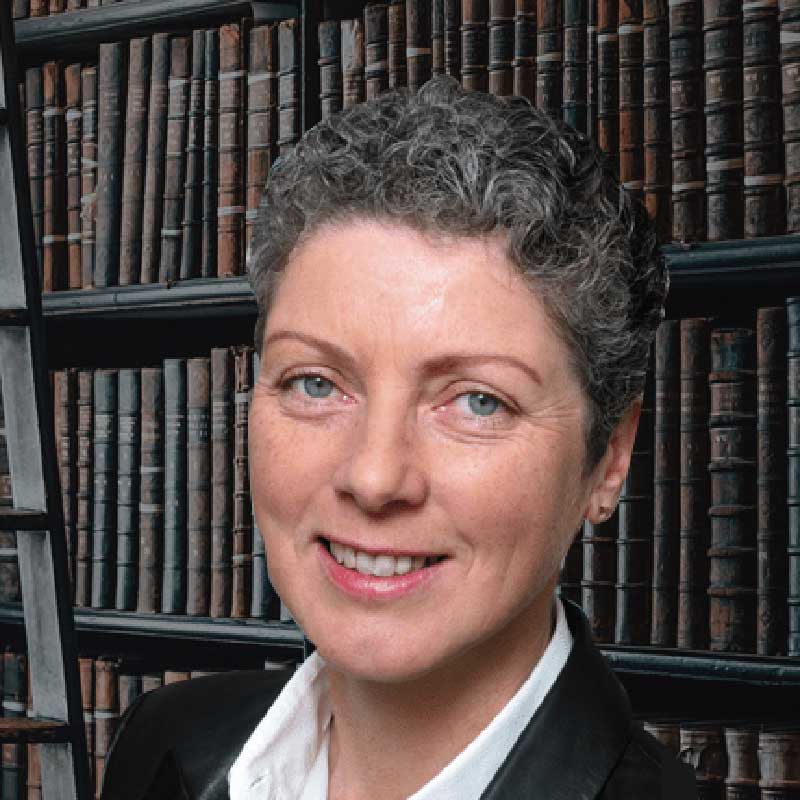 Rosemary O’Connor is Professor of Cell Biology and Head of the School of and Cell Biology at UCC. She holds a BSc in Biochemistry from University College Galway and a Ph.D. from NUI Maynooth.

Research experience was gained in Germany and the USA in academia (at the Institute of Pathology of the University of Wurzburg and the Wistar Institute at U , Philadelphia); and in Industry (at Immunogen, Inc., Cambridge, Massachusetts). There her research supported clinical trials in lymphoma and leukemia and a new drug discovery research programme on apoptosis.

She joined the Department of Biochemistry in UCC in 1997 and established a research programme in cancer biology and also the establishment of structured and MSc programmes in this area. Her research focuses on growth factor signaling in cancer, and especially on the actions the Insulin-like Growth Factor system, which has a fundamental role in cell growth and lifespan.

She holds Foundation Ireland Investigator award on IGF actions and is a in the Irish Cancer Society National Collaborative Cancer Centre “Breast Predict”.

She was awarded the Irish Area Medal by the Biochemical Society in 2007 and serves on a number of international scientific and funding bodies.

It is well known from genetic studies and simple animal models that the Insulin/IGF system protects cells and tissues and prevents diseases of . A key to this effect appears to be maintaining low levels of IGF activity throughout life.

High levels of Insulin/IGF signaling, which can arise due to lifestyle, environmental factors, or certain diseases/conditions can facilitate the onset and progression of cancer, and shorten lifespan. In mice, pharmacological suppression of IGF activity has the same effects as restriction in preventing cancer progression.

However, pharmacological intervention in the IGF signaling pathway in humans has proven difficult, as demonstrated by the lack of success of multiple kinase inhibitors and antibodies in clinical trials. This has lead to a re-evaluation of the actions of this pathway and its complexity in cancer.

This talk will explore some of the unsolved mysteries and our approaches to addressing them. These include what distinguishes Insulin and IGF actions, why protection of mitochondria and mitochondrial dysfunction is important, and how this pathway can be hijacked in cancer cells.

Back to Speakers
IACR Award Winner 2019