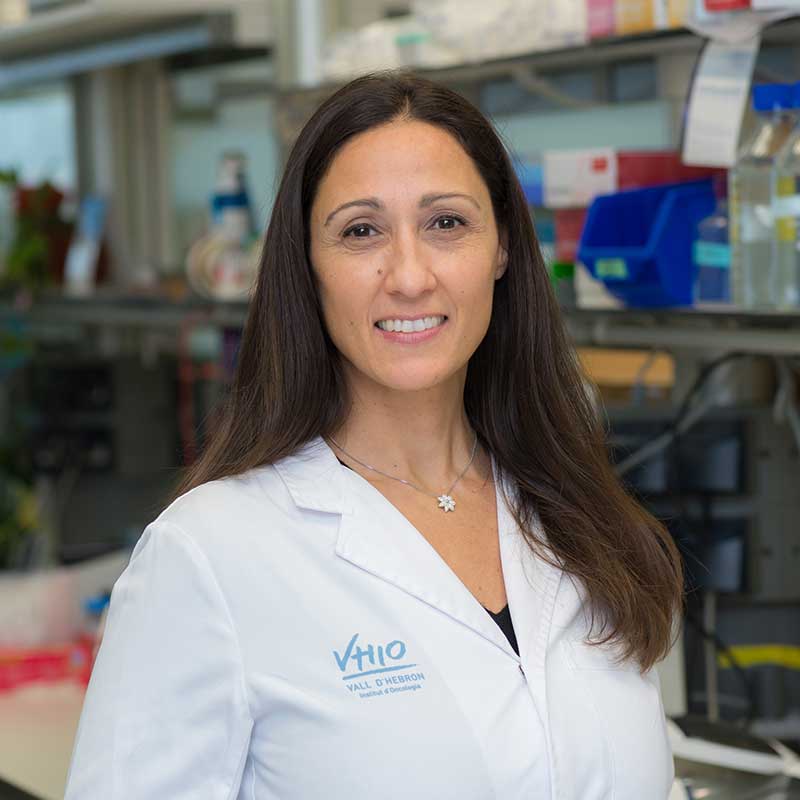 Laura Soucek is ICREA Professor at the Vall d’Hebron Institute of Oncology (VHIO) and Associate Professor at the Universidad Autónoma de Barcelona (UAB) in Barcelona, Spain. All her career has been focused on cancer research and on Myc inhibition strategies. She is also founder and CEO of Peptomyc S.L., a spin off company that aims at treating cancer with anti‐Myc peptides. She completed her undergraduate studies in Biological Sciences at the University La Sapienza, Rome (Italy) in 1996. She was then awarded her PhD in Genetics and Molecular Biology in 2001. That same year, she joined the Comprehensive Cancer Center of the University of California San Francisco (UCSF, USA), where she worked until 2006 as a Postdoctoral Fellow under the mentorship of Gerard Evan. In 2006 she was promoted to Assistant Researcher at the Pathology Department of the University of California San Francisco (UCSF). She joined VHIO in 2011 and was appointed ICREA Research Professor in 2014 and Assistant Professor at the UAB in 2015. She is recipient of prestigious grants and awards, as both first tier scientist and entrepreneur.