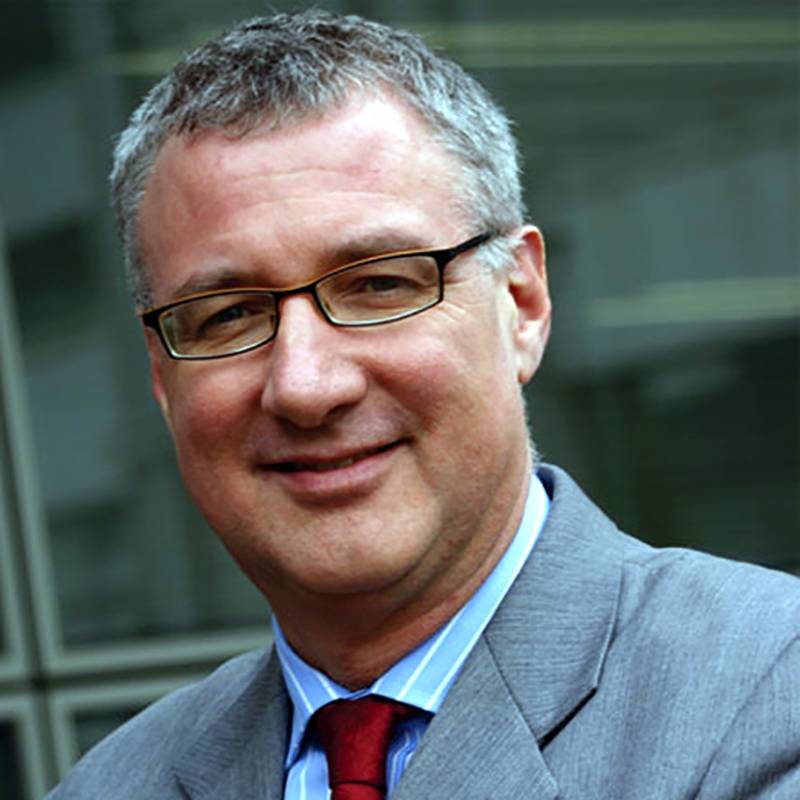 Professor John Crown received his medical training in Ireland, the United Kingdom and the United States. He undertook his postdoctoral training in Guy’s Hospital, London and St. James’s Hospital, Dublin and went on to complete his fellowship training in oncology at Mount Sinai Medical Centre and at Memorial Sloan Kettering Cancer Centre. He served as Assistant Professor at Weill Cornell Medical College and Assistant Member at Memorial Sloan Kettering Cancer Centre before joining St Vincent’s University Hospital, Dublin, Ireland in 1993.

Professor Crown is a founding member and leader of many organisations, including: the All-Ireland Cooperative Oncology Research Group (ICORG, www.icorg.ie) and the Anglo-Celtic Cooperative Oncology Group (ACCOG). Prof Crown also founded the Clinical Trials Unit at St. Vincent’s University Hospital which has developed an international leadership role in oncology trials.

In 2008, Prof Crown was awarded a Health Research Board, Clinician Scientist Award which provided protected time for research. In 2009, he was awarded €5.6 million funding from Science Foundation Ireland, to establish a Strategic Research Cluster entitled Molecular Therapeutics for Cancer Ireland (MTCI). MTCI is a multi-institutional, translationally-focused laboratory based cancer research group which spans four academic and nine industrial partners. The focus of the research programme was to develop novel targeted therapies for breast and prostate cancer, encompassing the various stages of drug development from target identification, to preclinical evaluation of compounds (from industry partners), investigating mechanisms of response/resistance and ultimately to clinical trials, in collaboration with ICORG. Prof Crown is also Co-Director of the Irish Cancer Society funded Breast Predict Collaborative Cancer Research Centre (2013-2018) (www.breastpredict.com). He holds professorships in cancer research from both Dublin City University and University College Dublin.

Prof Crown has lectured in more than 40 countries and has received several national and international awards. He has published over 200 research articles.
From 2011 to 2016, Professor Crown served as an independent member of the Irish Senate (Seanad Eireann).

Our virtual conference from 24-26 March and was a huge success. It highlighted the spectrum of cancer science, medicine and research across the island of Ireland.

Engage with us
Donate to IACR