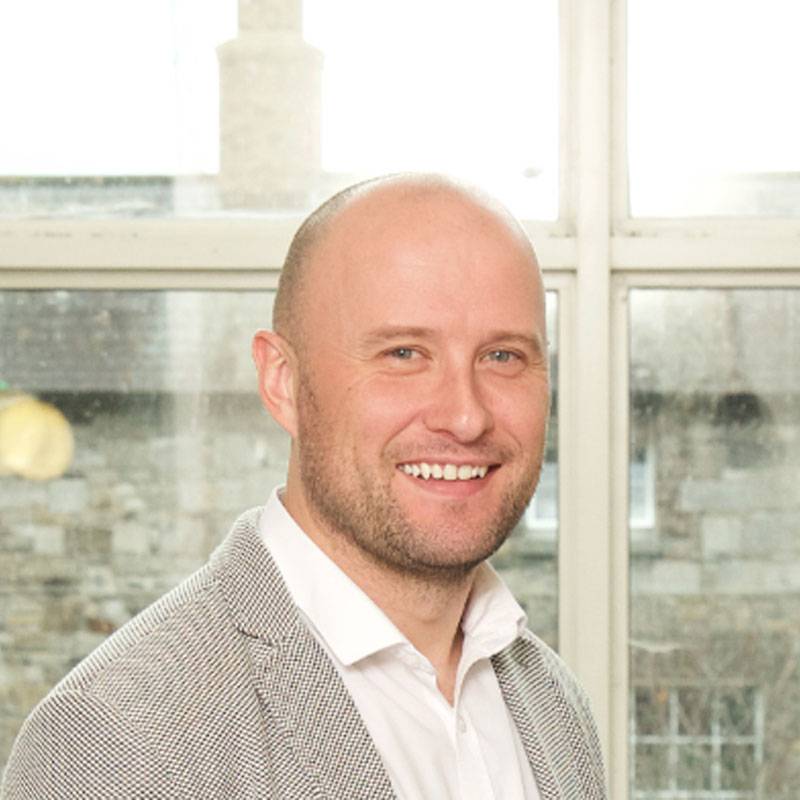 Stephen Maher graduated from RCSI in 2004 with a PhD in Oncology. Having spent 3 years as a visiting fellow at the National Cancer Institute in the USA, in 2007 he returned to Ireland and the Department of Surgery at Trinity College Dublin, St. James’s Hospital as a research fellow.

In 2010 he established his own group having secured an Irish Cancer Society Fellowship and several project grants, all in the area of radiation research. In 2012 Stephen moved to the University of Hull and Hull York Medical School as a senior lecturer where he led the Cancer Biology and Therapeutics lab.

During his time at Hull he gained teaching qualifications and is a fellow of the UK Higher Education Academy. He has successfully supervised 6 PhD students and has supervised and mentored a number of postdoctoral researchers. He has secured in excess of €2m in competitive research funding and is well published in the field of oesophageal cancer and therapeutics research. His current research interests include cellular mechanisms underpinning resistance to chemotherapy and radiotherapy, cell signalling, isogenic cell models and animal xenograft models, radiologic imaging, hypoxia research, drug delivery and microRNAs. In 2016 Stephen returned to TCD as the James Ussher Assistant Professor in Translational Oncology, where he leads the Cancer Chemoradiation Research Group.