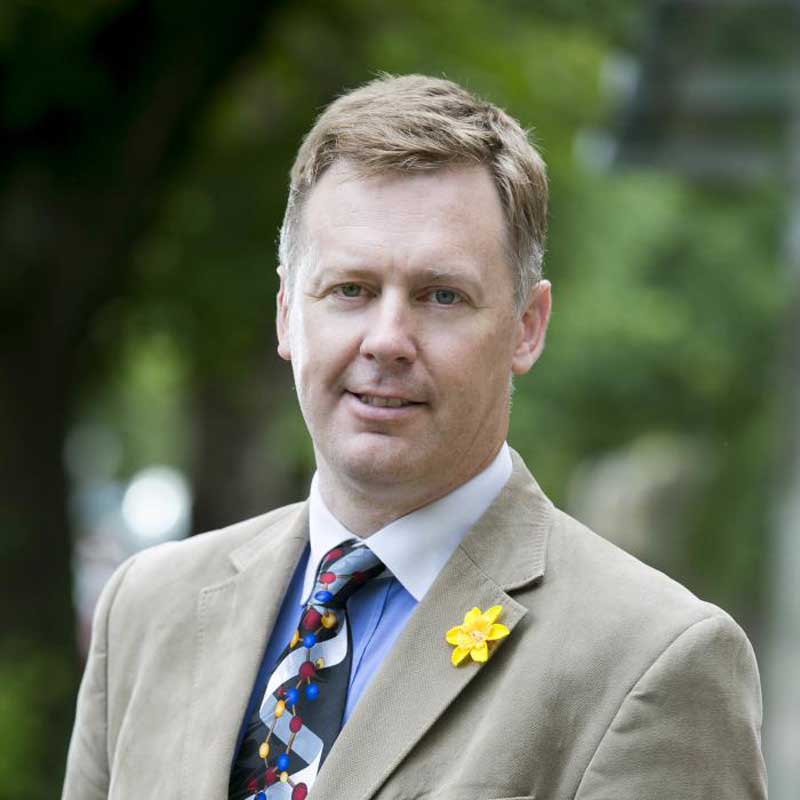 Dr. Robert O’Connor is the Head of Research for the Irish Cancer Society, the largest charitable funder of cancer research in the state with 120 researchers currently funded across its various schemes.

Robert has 20 years of experience in pharmacology, biosafety, and translational cancer research. Robert graduated from UCD with an honours degree in Pharmacology in 1991.

Moving to the School of Biotechnology in DCU, he completed his Ph.D. in 1995 and took up a postdoc in cancer drug resistance in the NCTCC/NICB, a specialist biomedical research facility. Collaborating with other scientists and clinicians he became involved in translational and cancer clinical trial research.

In 2010 he became a lecturer in Biological Science in the School of Nursing in DCU and moved to take up his current role leading the research effort of the Irish Cancer Society in February of 2015.

Robert is passionate about providing the evidence-base to help manage our emerging cancer crisis; focussing on prevention, early detection increased efficacy of diagnostics and therapeutics and supporting Irish cancer survivors to thrive after their treatment.