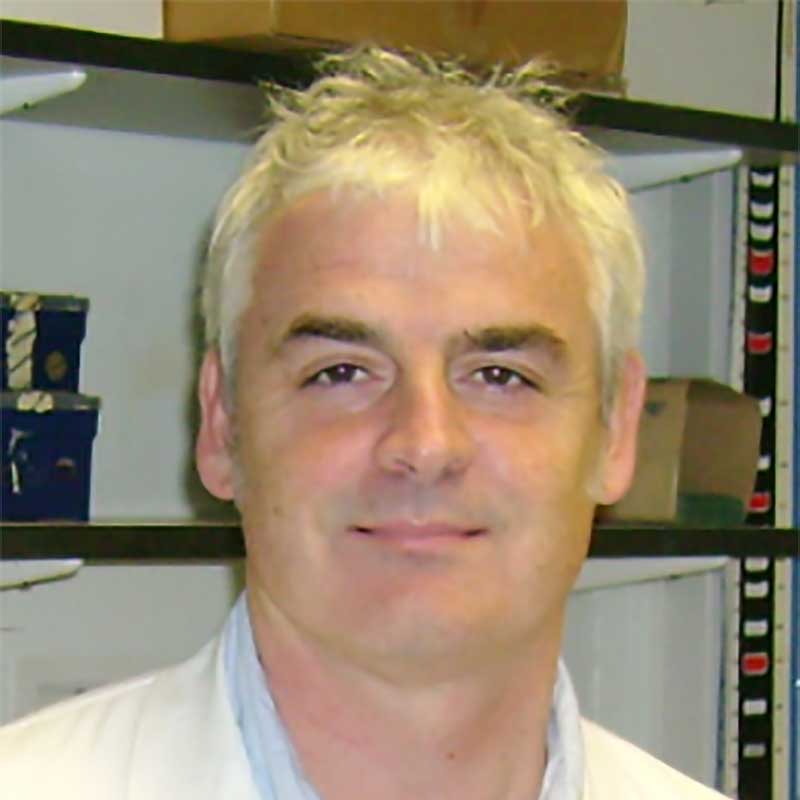 Professor of Molecular Pathology in the Health Research Institute, University of Limerick

Paul Murray is Professor of Molecular Pathology in the Health Research Institute, University of Limerick having joined from the University of Birmingham at the beginning of 2019.

Research in the Murray Group is focused on the discovery of molecular pathways involved in the development and progression of aggressive cancers derived from mature lymphocytes (the lymphomas). These include the most common form of this disease, called diffuse large B cell lymphoma, a tumour recently defined as one of four haematological cancers with the highest unmet clinical need. Our objective is to better understand the pathogenesis of these malignancies and in doing so develop novel therapeutic approaches. For example, we are interested in the possibility that collagen within the tumour ‘microenvironment’ can cause the cancerous cells to spread around the body and to the central nervous system where they can have devastating consequences. We have already identified novel ways to block collagen and so potentially provide new treatments to cure patients at an earlier stage before the tumour spreads.