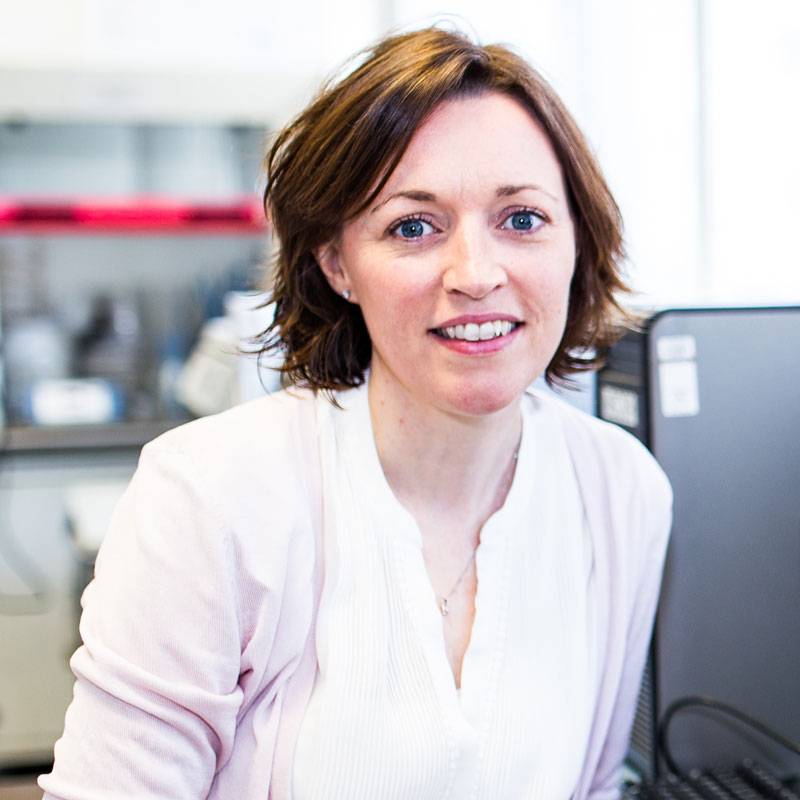 Dr. Fiona Furlong, a University College Dublin Graduate, joined the School of Pharmacy, QUB, as a Lecturer in Pharmacology and cancer researcher in 2012. Dr. Furlong’s main research focus is the identification of microRNA biomarkers for personalised medicine.  Current projects include patient studies for both early detection and patient stratification of chemotherapy responses in breast and ovarian cancer.

Areas of expertise include next-generation sequencing to profile methylated microRNA in cells, tissue, and plasma.  In collaboration with the School of Chemistry and Engineering, the Furlong research group is involved in projects to develop sequence-specific molecularly imprinted polymers (MIPs) for biomarker isolation and point-of-care biosensor applications.  Her most significant research publications include studies on the miR-433 microRNA in chemoresistant ovarian cancer, IHC biomarker analyses and meta-analyse of the MAD2 protein in ovarian cancer prognosis.

MicroRNAs were first described in 1993 and have since been extensively researched as biomarkers and therapies for various diseases.  My early research led to the discovery that the miR-433 microRNA mediates chemoresistance and poor outcomes for patients with ovarian cancer.  We are centrally interested in interrogating the fundamental biological role of microRNAs in cells so that we can better understand disease pathology resulting from aberrant microRNA expression.  The overarching aim of this research is to indentify microRNA biomarkers and novel drug targets.  This is an exciting area of reserach in which high throughput technologies continue to uncover more biophysical aspects of RNA that can be applied to biomarker development and for drug discovery. Research from my group has been funded by the Irish Cancer Society, the Health Research Board of Ireland, BBSRC and MRC.

Back to Governance
Fiona's Institute Profile