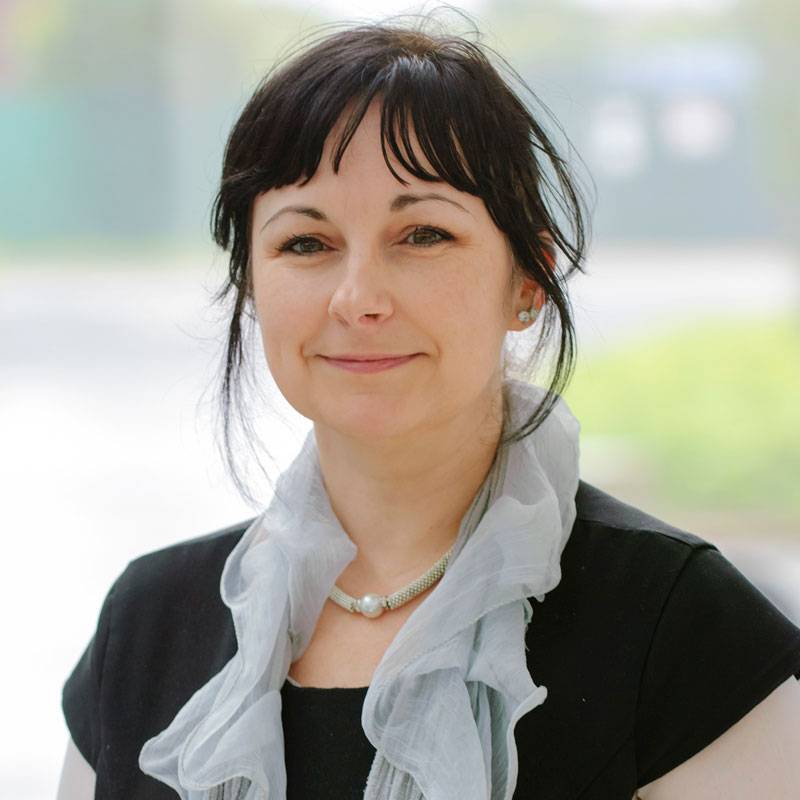 Prof. Amanda McCann PhD, is a PI and UCD Senior Conway Fellow in the UCD Conway Institute of Biomolecular and Biomedical Science University College Dublin (UCD), Ireland, and was Head of Pathology within the UCD School of Medicine from 2015-2018.

Her group’s specific cancer research interests are focused on understanding the mechanisms underlying chemoresistance for women presenting with triple negative breast cancer (TNBC).  In this regard, she has published extensively in the area of cancer cell senescence and the role of extracellular vesicles/exosomes in the chemoresistant phenotype. She was also a member of the founding committee in the establishment of the International Cellular Senescence Association (ICSA).

In 2017, she became Director of the UCD Centre in Translational Oncology (UCTO) with an official launch in September 2018. In 2016 she established and currently chairs the UCD Patient Voice in Cancer Research (PVCR) Committee; a committee striving to engage the general public and cancer survivors in cancer research ensuring a two-way dialogue between patients and researchers.

Within UCD she sits on an expert panel for the Rapid Realist Review (RRR) detailing the mechanisms that enable the reciprocal involvement of seldom heard groups in health and social care funded through the HRB Ignite award, where UCD in collaboration with 10 partner organisations is developing a PPI network and resource platform to firmly embed patient and public involvement in UCD’s research learning and teaching activities.

In relation to patient advocate groups, she previously was a Co-Director of IPPOSI and research adviser to Debra Ireland.

In 2017, she was elected President of the Irish Association for Cancer Research (IACR) and has led on patient involvement with cancer researchers across Ireland as part of the annual IACR conferences.

As President of the IACR she represents the association on the European Association for Cancer Research (EACR) National Societies Committee and was previously Honorary Secretary of the IACR 1998-2000.