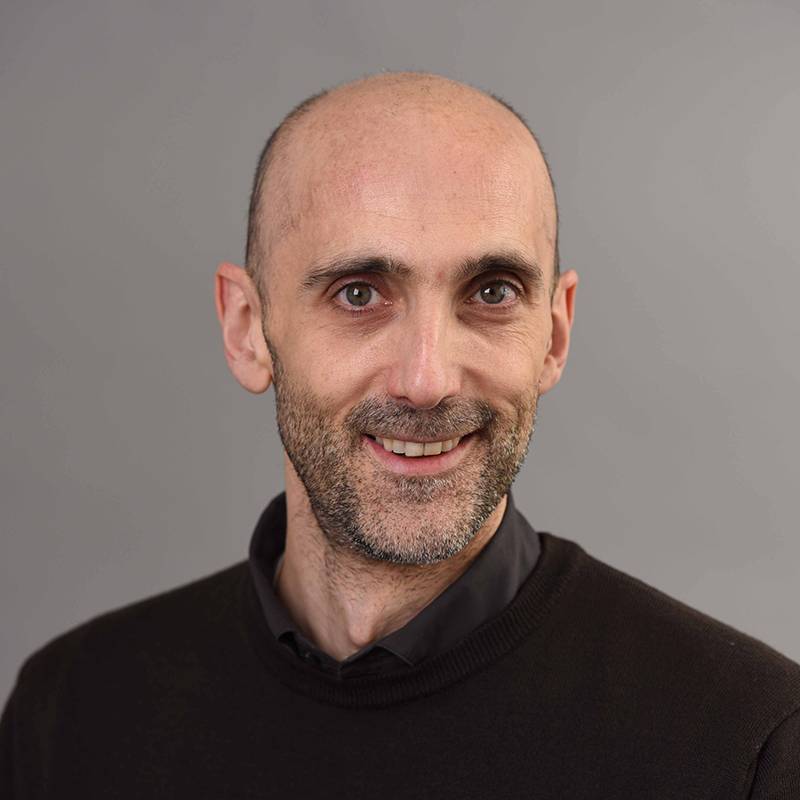 Dr. Christian Frezza is Programme leader at the MRC Cancer Unit, Cambridge Cancer Center, at the University of Cambridge, UK. He studied Medicinal Chemistry at the University of Padova, Italy, and gained his MSc in 2002, after a period of research on mitochondrial toxicity induced by photoactivable anticancer drugs.

Christian then joined the laboratory of Luca Scorrano in Padova to start a PhD on mitochondrial dynamics and apoptosis. In 2008, he moved to the Beatson Institute of Cancer Research in Glasgow as recipient of an EMBO Long Term Fellowship, where he investigated the role of mitochondrial defects in tumorigenesis. He moved to the MRC Cancer Unit in 2012 as tenure track Group Leader and became a Programme Leader in 2017.

His laboratory is mainly interested in investigating the emerging connection between cancer and metabolism, with a particular focus on mitochondrial metabolism.

By using a combination of biochemistry, metabolomics, and systems biology he investigates the role of altered metabolism in cancer with the aim to understand how metabolic transformation regulates the process of tumorigenesis. His aim is to exploit these findings to establish novel therapeutic strategies and diagnostic tools for cancer.

Brief summary of the lines of research
Since starting my independent research group in 2012, I have pursued the emerging paradigm that dysregulated cellular metabolism can contribute, and in some cases, promote carcinogenesis. Our work focuses on the dysregulation of mitochondrial metabolism, which is emerging as a key feature of tumorigenesis with yet unclear molecular underpinnings. This work is the results of a natural progression of my longstanding interest in mitochondria, which started during my PhD with Luca Scorrano, where I contributed to a new understanding of the link between mitochondrial dynamics and apoptosis (Frezza et al Cell 2006), and later during my post docs with Eyal Gottlieb, where I laid the foundation of my current work on Fumarate Hydratase (Frezza et al Nature 2011).

Our work has begun to contribute to a new understanding of mechanisms of tumour initiation and progression, which are invariably characterised by profound metabolic changes (Gaude et al, Nature Communications 2016), but whose role is only partially understood. Our recent work (Sciacovelli et al, Nature 2016) provided the first evidence that fumarate, a metabolite that accumulates in fumarate hydratase-deficient cancer cells, elicits the epigenetic suppression of a small non-coding RNA called miR200, triggering the epithelial-to-mesenchymal transition, an event critical for cancer initiation and metastasis.

These findings demonstrate that metabolic reprogramming of cancer is not merely an epiphenomenon of cell transformation but, rather, that it can actively contribute to the activation of oncogenic signalling cascades. Recent work (Gaude et al, Mol Cell 2018) corroborated the relevance of dysregulated mitochondrial metabolism in driving oncogenic processes, capitalising on a unique model of mitochondrial DNA mutation.

A key feature of our work is the combination of multidisciplinary approaches, from hard-core mitochondrial biochemistry, to systems biology, and metabolomics, and a unique network of collaborators. We also strive to apply our results to clinical relevant contexts.